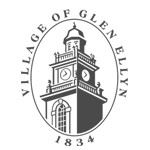 In late 2012, the Village identified a portion of Roosevelt Road that may benefit from the creation of a Tax Increment Financing District (TIF). This portion of Roosevelt Road has generally struggled with a lack of private development over the years, creating a variety of deficiencies with business and structural investment. The creation of a TIF District may assist in remedying these deficiencies with public/private partnerships, and will also assist the Village in continuing its proactive economic development efforts.

The district is generally bounded by those commercial properties fronting the north side of Roosevelt Road located between Main Street to the east and Park Boulevard to the west along with those commercial properties between Park Boulevard and Route 53 generally situated between Roosevelt Road and Taft Avenues. Please view the TIF Boundaries Map (PDF).

This document was filed with the Office of the Village Clerk on Thursday, June 27, 2013, per the requirements of the TIF Statute. The document includes the Eligibility Study.