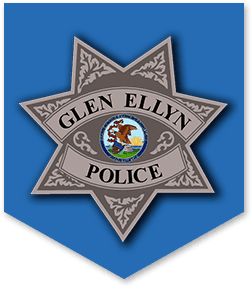 What is the VOICES Act?

The Voices of Immigrant Communities Empowering Act, also known as the VOICES Act, was effective January 1, 2019 after the passing of Public ACT 100-1115. The VOICES Act allows "victims of qualifying criminal activity" to request a law enforcement certification form required by federal immigration law certifying that a person is a victim of qualifying criminal activity for use in applying for a U or T-Visa under the United States Code.

Who is eligible to participate?

Those individuals who are identified as "victims of qualifying criminal activity" as defined in the act whom were involved in an incident investigated by the Glen Ellyn Police Department.

"Qualifying criminal activity" means any activity, regardless of the stage of detection, investigation, or prosecution, designated in Section 1101(a)(15)(U)(iii) of Title 8 of the United States Code, any implementing federal regulations, supplementary information, guidance, and instructions.

How does someone apply?

Download the appropriate U or T-Visa law enforcement certification form.

Complete Part 1 of the U-Visa or Part B of the T-Visa. Do not complete any other sections of the applications.  Incorrectly completed forms may be rejected or may increase response time.

Complete the questionnaire.  Although this questionnaire is not required it will assist the Glen Ellyn Police Department in locating any case reports and supporting documentation for a law enforcement certification application response.

Send the U or T-Visa law enforcement certification form and questionnaire to:

Applications can also be mailed to Sergeant Janet Terranova at jterranova@glenellyn.org.

How long does it take to get a law enforcement certification response?

Response times vary and can take up to 90 business days from the time of the request. The VOICES Act has additional response time provisions which can be found on the Illinois General Assembly website.

Who do I contact at the Glen Ellyn Police Department for more information?

Sergeant Janet Terranova is the official designated by the Chief of Police to receive, review, and respond to requests for completion of the certification form. She can also assist with questions relating to the VOICES Act. She can be reached directly at 630-547-5440 or by email at jterranova@glenellyn.org.  Mail can be directly addressed to her at 65 S. Park Boulevard, Glen Ellyn, Illinois 60137.

Parking
Press bulletins
& Alerts
Ordinances
Get a
Report
Connect
With Us